Get app on your mobile

The eastern border of the park contains the Front Ranges, which is comprised of the Palliser, Sawback, and Sundance Ranges. The Front Ranges not only contain the park’s namesake townsite, but also houses a number of the park’s most impressive summits, like Mount Assiniboine, Mount Temple, Cascade Mountain, Castle Mountain, and the park’s tallest summit, Mount Forbes. Mount Rundle, a classic limestone-shale-limestone summit, can also be found in the Front Ranges. Mount Rundle could probably be considered a small mountain range in and of itself – the mountain spans 7.5 miles and houses several distinct peaks. The third peak is the highest, while East End of Rundle is arguably the most iconic.

Arguably the most recognizable summits in Banff are those found in the Valley of the Ten Peaks. The Valley of the Ten Peaks is a valley in the park that was named for its ten notable summits that form the backdrop of world-famous Moraine Lake. The ten peaks, which all sit at over 10,000 feet in elevation, including Mount Fay, Mount Little, Mount Bowlen, Tonsa Peak, Mount Perren, Mount Allen, Mount Tuzo, Deltaform Mountain, Neptuak Mountain, and Wenkchemna Peak. This infamous group of striking summits was once featured in 1969 and 1979 Canadian twenty-dollar bill, and when viewed from Moraine Lake, these peaks are often referred to as the ‘twenty-dollar view.’

Although Banff is infamous for its mountainous landscape, the park also contains several incredible icefields and glaciers – many of which are accessible to visitors. The largest glaciated areas, the Waputik and Wapta Icefields, sit on the Banff-Yoho border. The Waputik Icefield spans over 21 square miles in area and feed the Peyto, Bow, and Vulture Glaciers. The Columbia Icefield, which sits at the northern end of the park, straddles the Banff and Jasper border. The Columbia Icefield is the largest icefield in the Rocky Mountains and feeds Athabasca Glacier, one of the most popular attractions in the park, as well as five other glaciers – the Castleguard, Columbia, Dome, Stutfield, and Saskatchewan glaciers.

Though the park was officially founded in 1883 by three railway workers, Thomas McCardell, William McCardell, and Frank McCabe, archaeological evidence indicates that the first human activity in the park dates back to 10,300 B.C.E. In 1875 construction of the transcontinental railroad began, and in 1883, the three railway workers, who were employed by the Canadian Pacific Railway, stumbled across a cave containing hot springs on the eastern slopes of the Rocky Mountains.

In 1885, a small 10 square mile area was set aside to preserve the hot springs. Just two years later, in 1887, the Rocky Mountains Park Act expanded the park to 260 square miles and the protected wilderness received a new name – Rocky Mountains Park. This designation made Banff the second established national park in North America.

For many years, the park was only accessible via the Canadian Pacific Railway. In fact, it wasn’t until 1911 that visitors would be able to travel to the park by car from Calgary. In 1923, visitors were able to travel from British Columbia to the park. Finally, in the 1950s, the Trans-Canada Highway was constructed, providing a scenic corridor through Bow Valley and making the park more accessible for winter recreation.

Banff contains over 1,000 miles of hiking trails that span three ecoregions – montane, subalpine, and alpine. A wide variety of wildlife can also be found within the park boundaries, including 56 recorded mammal species. Grizzly bears, black bears, cougars, wolverines, mule deer, elk, and timber wolves can all be spotted along the park’s footpaths and roadsides. In the alpine regions, it’s not uncommon to come across bighorn sheep, marmot, and mountain goat.

The park’s subarctic climate makes it a popular destination throughout the year. During the winter, the park turns into a utopia for skiers and snowboarders. Three easily accessible world-class ski resorts offer winter enthusiasts miles of front country and backcountry powder to explore. The park also offers a variety of groomed trails for cross-country skiing and snowshoeing, as well as family-friendly activities like ice skating and dog sledding.

Icefields Parkway is arguably one of the most scenic roadways in the world. The parkway, which stretches for 144 miles from Banff to Jasper, weaves its way through towering snow-capped Rocky Mountain summits, elegant icefields, emerald lakes, thick larch forest, and sweeping valleys. Every inch of this highway is beautiful. Several attractions and hiking trails can be accessed via the Icefields Parkway, including Athabasca Glacier, Sunwapta Falls, Peyto Lake, Bow Lake, and Bridal Veil Falls, so you’ll want to take your time. Besides, you’ll want to take time to snap some photos of stunning summits, like Pyramid Mountain, Mount Kerkeslin, Sunwapta Peak, Mount Christie, Mount Rundle, and Mount Temple, along the way.

If you’re looking for panoramic views of the Canadian Rockies, the Banff Gondola is sure to make you feel like you’re on top of the world. Jump aboard a glass-enclosed gondola and take the trip to the summit of Sulphur Mountain to soar high above the trees. Once at the summit, you’ll be greeted with 360-degree panoramic views of Bow Valley and surrounding Rocky Mountain peaks. If you’re looking for more of an adventure, consider hiking the Banff Skywalk, an easy .62-mile walk along the Canada Visa Trail, or make the 3.29-mile trek to the top of Sulphur Mountain. Whether you choose to experience Sulphur Mountain by gondola or on foot, you can expect one of the best views the park has to offer.

A visit to Banff National Park wouldn’t be complete without a visit to the park’s most iconic lake - Moraine Lake. This vivid turquoise alpine lake is set in the Valley of Ten Peaks and definitely not lacking in wow-factor. From the top of the grandiose rockpile trail, early risers can appreciate unobstructed views of the lake and surrounding summits. There are also several footpaths that begin at the lake, including the Lakeshore Trail, Larch Valley, and Sentinel Pass.

The Johnston Canyon Trail is one of the most popular hikes in the park. The trek begins on a series of well-maintained catwalks that hug the side of the canyon’s jagged cliffside and overlook a pristine babbling blue creek below. Over the course of the first mile, hikers will be surrounded by a mix of limestone rock that forms the canyon walls and will reach the canyon’s first lively waterfall, Lower Falls. From Lower Falls, hikers can hike an additional 1.24 miles to Upper Falls. Johnston Canyon receives over 1 million visitors a year, so if you’re hoping to visit this incredible canyon, you’ll want to get an early start.

If you’re goal is to escape the crowds, considering hiking the renowned Plain of Six Glaciers Trail. This footpath is best-known for its iconic views of the Rockies and allows hikers to get up close and personal with Victoria Glacier, Mount Lefroy, and Mount Victoria. During summer months, hikers can grab a scone and a cup of tea at a tiny tea house at the end of the trail.

Hiking to the summit of Mount Rundle is a great opportunity to soak in lofty views of Bow Valley and the surrounding peaks like Sulphur Mountain and Mount Assiniboine. Reaching the top of this prominent wedge-shaped summit is a bit of a scramble. The easiest route takes hikers up the gently sloping right-hand side of the mountain that can be viewed from nearby Banff. Although not considered a technical climb, the trek is strenuous and tiresome, so it’s important to take this trail seriously.

Established in 1885, Banff is a quintessential Rocky Mountain resort town nestled in the heart of Banff National Park. Not only can the Rocky Mountains be admired from town, but visitors can pass the time by visiting a variety of cultural landmarks, museums, art galleries, and historic sites. The lively streets of downtown Banff are peppered with restaurants, shopping, and mountain-town charm.

Nicknamed the “Castle in the Rockies,” the world-famous, historic Fairmont Banff Springs Hotel, offers year-round resort amenities and unparalleled skiing opportunities. However, there are plenty of other popular resorts and other accommodations in and around the town of Banff. Not to mention, Banff is home to three world-class ski resorts – Banff Sunshine, Lake Louise, and Norquay, which cumulatively boast over 8,000 acres of accessible terrain.

Nicknamed the “Gentle Giant of the Rockies,” Jasper is a tranquil mountain town packed full of adventure. The world’s largest dark sky preserve, Jasper is the perfect place for stargazing and, if you’re lucky, experiencing the aurora borealis. Jasper serves as the ideal place to explore the alpine terrain in Jasper National Park. Marmot Basin, a ski resort just 20 minutes from town, offers a 3,000-foot vertical, 86 trails, and over 1,600 skiable acres. In addition to year-round outdoor recreation opportunities, Jasper offers a variety of accommodations including notable resorts like Pyramid Lake Resort and Fairmont Jasper Park Lodge.

Located near the southeast boundary of Banff National Park in the Bow Valley, Canmore offers visitors incredible scenery, wildlife, and an endless amount of outdoor recreation opportunities. Canmore sits at the base of the iconic Three Sisters Mountain and is often overlooked by visitors traveling to nearby Banff township. However, Canmore offers more tranquility than neighboring towns and has an equal amount of adventure potential. Canmore sits at the edge of Kananaskis Country and provides easy access to major peaks and trails like Ha Ling Peak, Read’s Tower, Sarrail Ridge, Mount Yamnuska, and Mount Lady Macdonald. Although it doesn’t boast as many resorts as nearby Banff, Canmore also offers reputable accommodations like Stoneridge Mountain Resort. 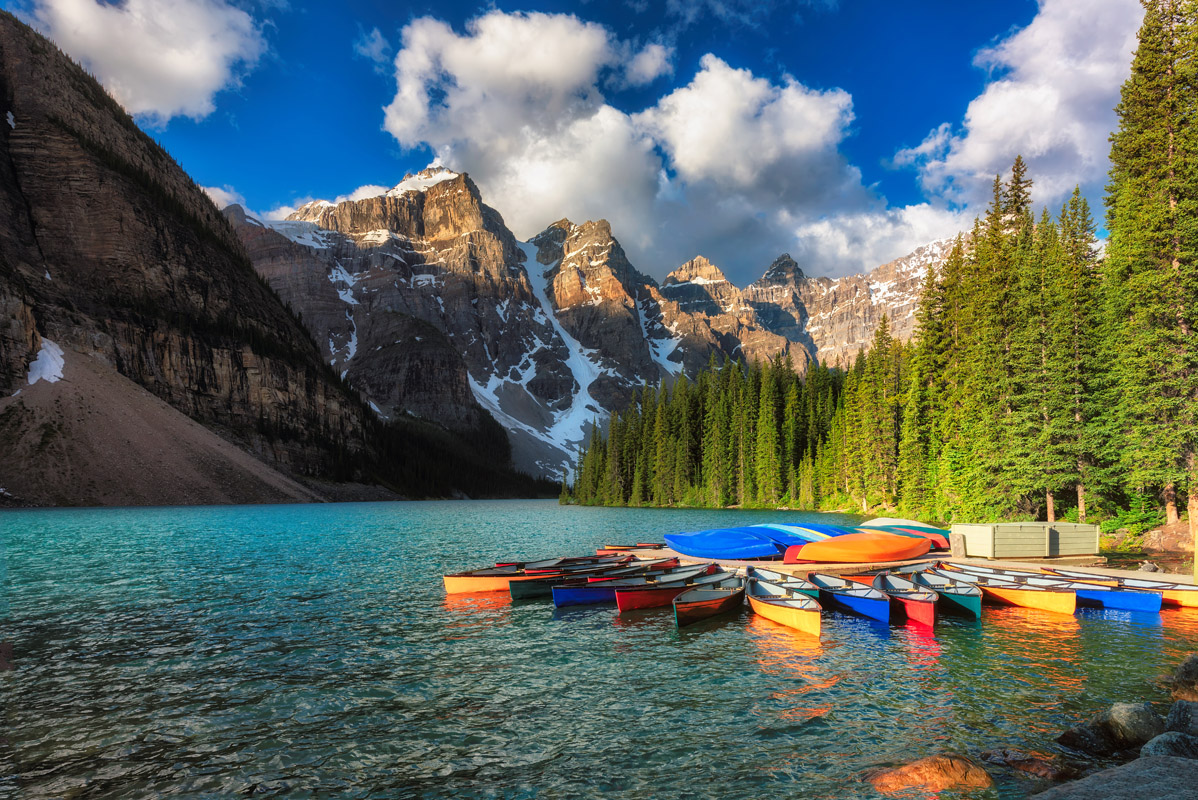 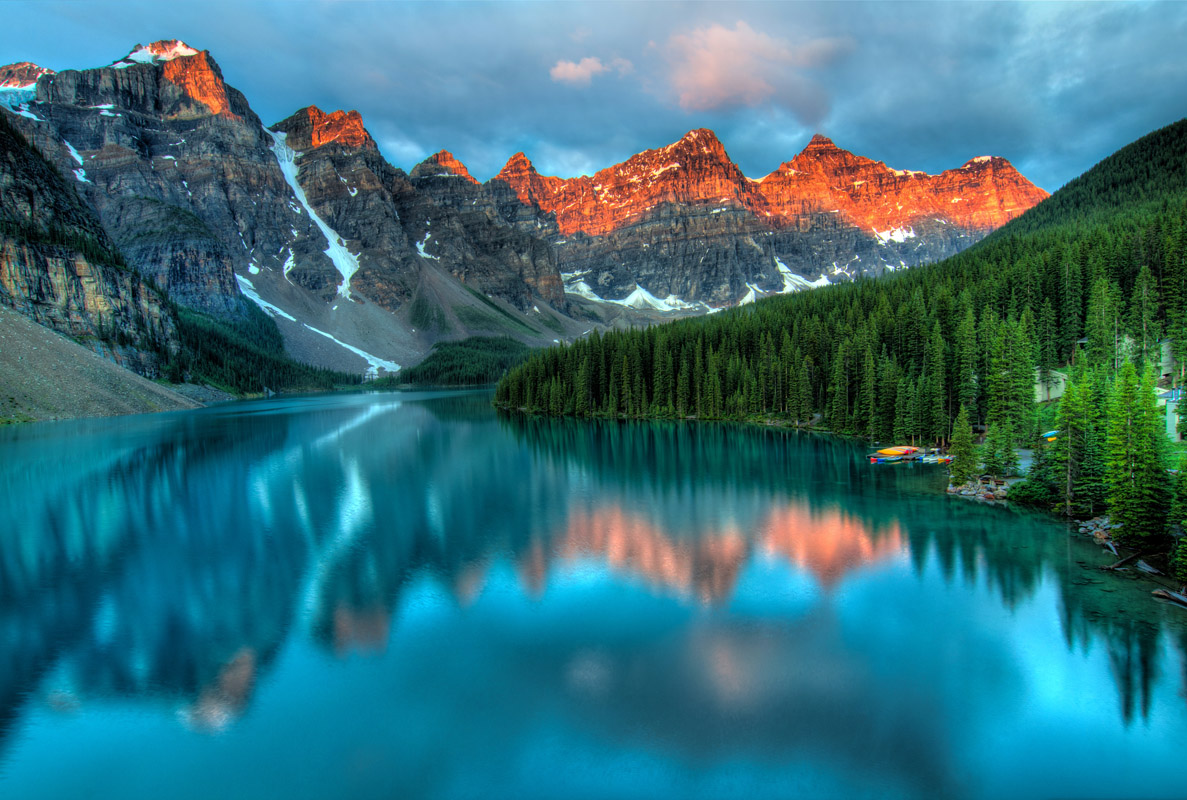 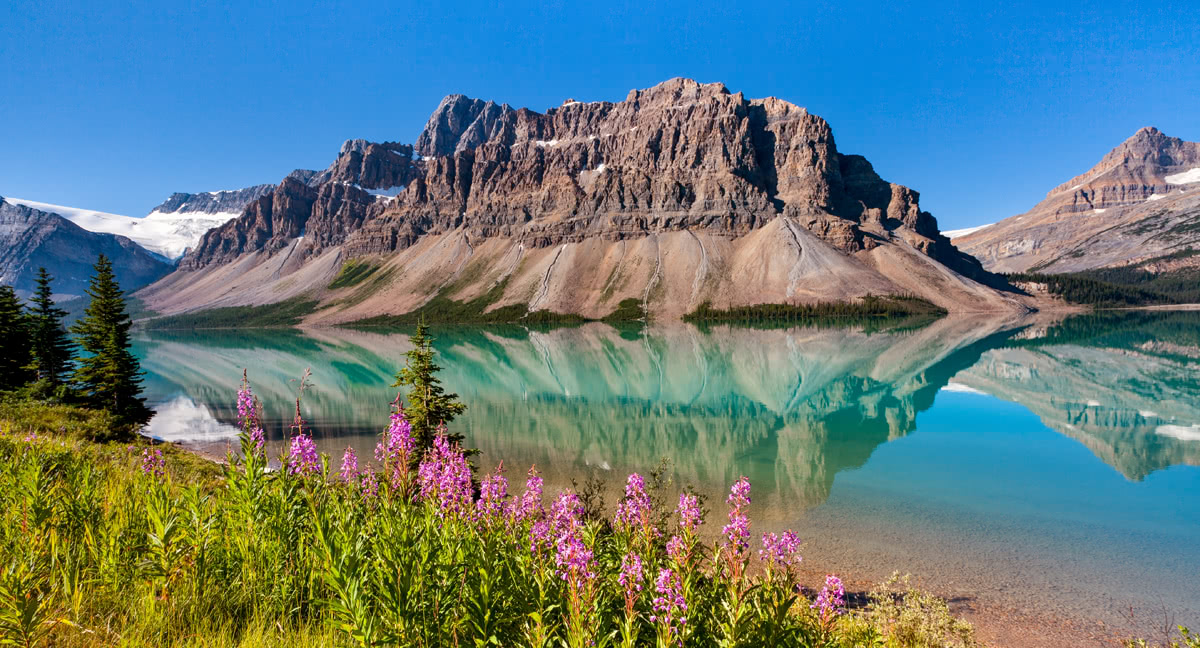 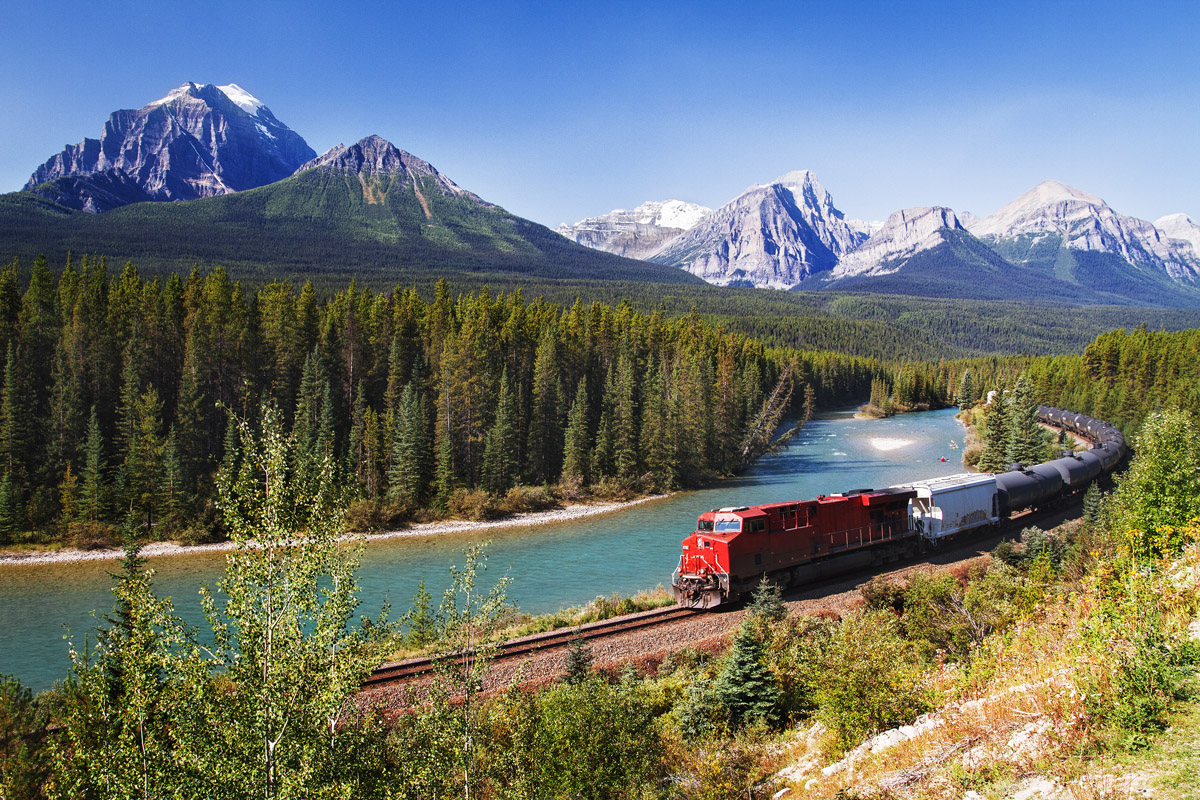 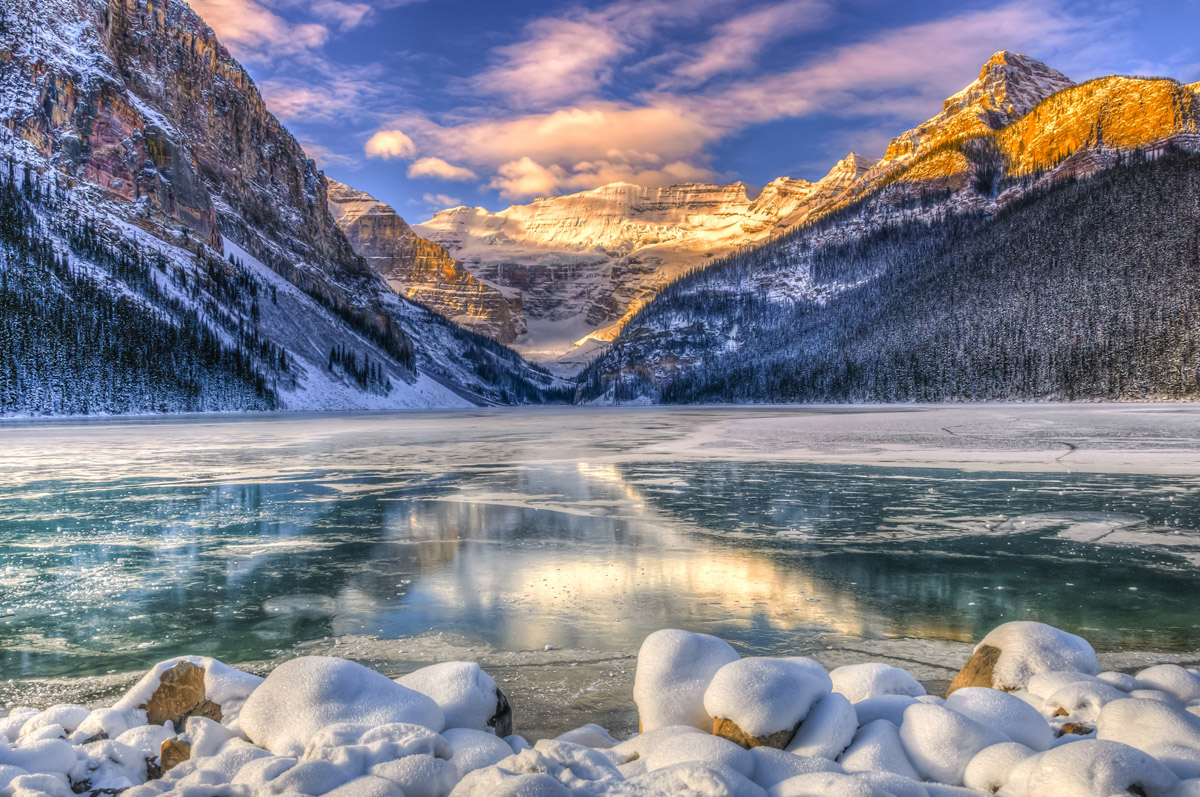 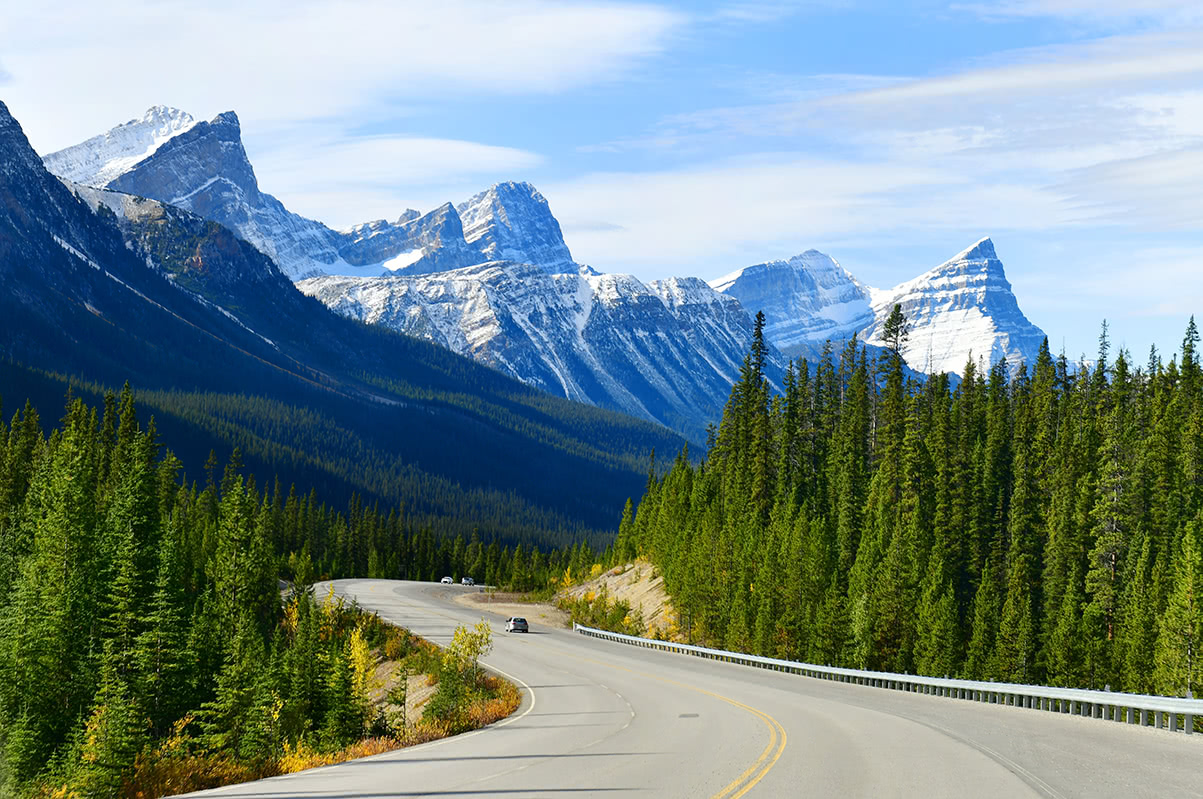 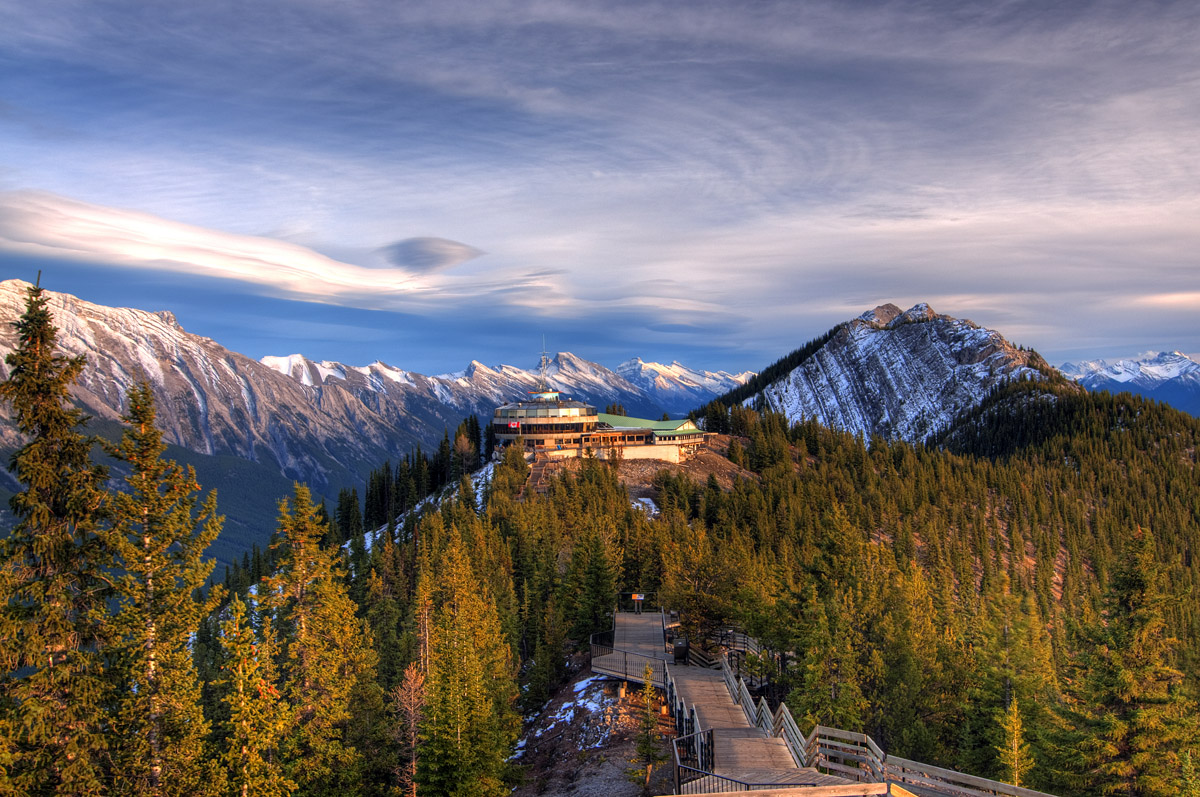 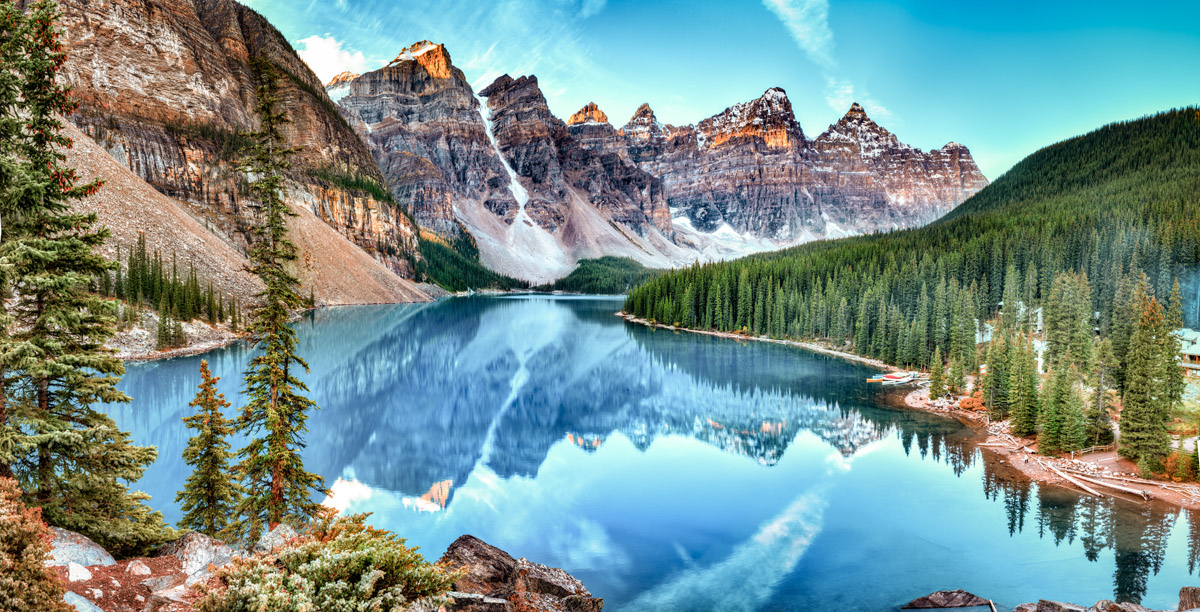 Download OBJ model
PeakVisor
The download should start shortly. If you find it useful please consider supporting the PeakVisor app.
PeakVisor for iOS and Android
Be a superhero of outdoor navigation with state-of-the-art 3D maps and mountain identification in the palm of your hand!